Posted by TahonAandHantour at 15:18 No comments: 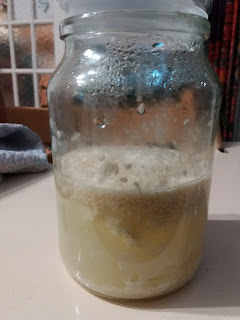 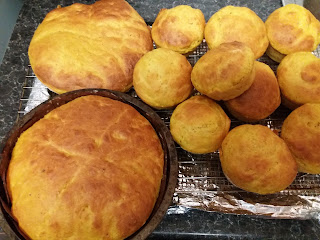 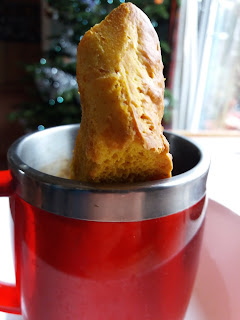 Posted by TahonAandHantour at 18:09 No comments:

Warning: these stories challenge what we learnt about how Palestine was lost in 1948. Some stories show that it was not only the bad weapons that led to our defeat. There were many other factors. From what I heard and what I read, it was the lack of preparedness and lack of planning that lead to the defeat.

They are stories that people told me and I had no ways of verifications. So they stay as their own stories

Story 1: an old Palestinian man
We were poor and had no weapons. We hoped that the Arab armies would save us and we waited for them as we heard the sounds of fighting coming near our village.

The Arab armies came to our village including Iraqi soldiers. They were not provided with any food. They took our chickens and other food. They looked ill- equipped and really hungry. We could not say no to them because they were here to protect us. However, we wondered how hungry soldiers can fight.

Story 2: an old Egyptian man
I remember clearly the “preparation” for the war in Palestine. The Imam of Yemen sent his army to Egypt to go to Palestine with the Egyptian army. They came bare feet armed with daggers. King Farouq ordered shoes and military uniforms for them. Imagine how these soldiers fought a well equipped and well trained Zionist Militia!

This is a small town by the sea where Palestinian have been living since history began. People were simple, poor and uneducated. When the fighting was intensifying near the town, a group of Zionist Militia came to the village and met the chefs and told them that the Militia would protect them. The Militia asked the villagers to go to the nearby woods and hide until the fight is over while the Militia lived in the village to protect it from…the fighting.

Remember that the story happened at a time before the spread of radio or other media. Villagers were not educated and did not really know about the plans to occupy Palestine.

Anyway the people left their village and went to hide in the wood. When the fighting was over they returned to their homes. Needless to say that their homes were already occupied and they had to leave. Some went to relatives in other villages while others ended up in the refugee camps in the West bank or Gaza.

Story 4: an old man from Uzi village
The whole village and the agricultural land around it were owned by a Syrian man living in Damascus. His relationship with his property was limited to the visits of his property manager bringing him the rent every year. Agents from the Jewish agency went to meet the owner and offered him to buy his land. It was a straight deal with no political ties. Yet clearly it was part of the agency’s plan to strip Palestinians of the land they have been living on and cultivating for generations. “One morning the villagers got up to military officers asking them to leave their homes. When the villagers protested that they were living in the land of their great great grandfathers, the officers showed them the sale documents. So more Palestinians had to leave and join the refugees’ camps. By the way that was the village where the Uzi gun comes from.

When I got to know M, she was a young Palestinian who just got married. She told me this story.

It was very difficult to find a flat or a house in her old Palestinian town, inside the green line. So the young couple looked to buy a home in the newish Jewish side which was had opened for Palestinians to own houses. The couple liked a house with a little garden and an apple tree. Before making a deal, she asked her father, as a civil engineer, to go and have a look at the house to see its value from his professional point.

“My dad was following us in the various rooms with the current Jewish owner. Suddenly he left us and stood steering from a window. I saw tears in his eyes. We finished the visit and left. In the car I asked him to explain his reaction. He said that the house was built at the site of his own father’s old house. He recognised the apple tree where he used to climb it as a young boy”. The house was gone and a new house was built but the tree stayed the same.
Posted by TahonAandHantour at 14:48 No comments:

The case in the UN corridors

Thanks to Nada for finding this gem.

I tried to translate this amazing song. It really rings truth especially for those who have been following the Palestinian question or anyone who dealt with meetings at the UN. It is soo true.


The “cause” travelled..
To present its complaint in the corridors of international courts..
The Assembly has dedicated the session to discuss the issue of “the case”..
Delegates from all nations came..
From countries of the North and the South..
From small countries..
From big countries..
Everyone met at a formal session..

The Assembly dedicated the session to discuss the issue of “the case” ..
The Secretary-General's made a speech..
He talked about peace..
And discussed the matter..
He launched the project:
The justice of the cause,
The freedom of peoples, human dignity and the Bill of Rights,
The cease-fire, the ending the conflict..

The voting, the recommendations, the decisions in outstanding problems, the consensus..

Outside there was the sound of winter and darkness..
And the desperate searching for peace...
And hunger was sleeping in the shelters of the displaced..
And the wind is still..


Uprooting the tents..
Posted by TahonAandHantour at 13:27 No comments:

Dear K
I have truly loved seeing you grow over the past two years. I will miss seeing you smile everyday but I know you are going to have an amazing time in year one and I promise I will come and find you in September  to see how you are getting on.
Much love and hugs
S xx

Posted by TahonAandHantour at 04:28 No comments:

He is now playing football

Bes Bes loves playing “bou” in the garden. He walks while kicking the ball forwards till it stops-usually at the flower bed when he says “goo”. It seems that he is always scoring goals. We have to play according to his rules so when it is “ma tè” then it is his turn to kick the ball. He always stands near the end of the rockery facing the patio while the other person stands on the patio. This is one of his rules. Sometimes he changes position and waits in the patio sitting crossed legged on the bench! I think that is when he is tired but still wants to play. He takes little rests.

Posted by TahonAandHantour at 11:55 No comments: